You may know me as ECLIPSED_MOON13[1] from Disney Create, but I also go by E_M13, Eclipse, Moonie, etc. My real name is Alex!

I first joined Create back in October of 2009, when I was 11. I was fairly unskilled when it came to drawing with a mouse, but soon became more comfortable with it and improved greatly compared to earlier drawings.

A few years later, I got a tablet for Christmas and began using that instead of a mouse. That also took awhile getting used to. If I were to go back to using a mouse, I assure you, my art would look atrocious.

Alas, I haven't been on Create for quite some time, due to moving from one house to another. My computer still isn't plugged in and I can't seem to collaborate my tablet with my laptop, and so I can no longer draw on Disney until one of the problems is fixed.

(Update: Disney Create is no longer up and running, therefore I could not return even if I wanted to haha.)

I do miss each and every one of my friends and fans on Create and I wish we could keep in touch. I have a Kik, Tumblr, DeviantART, Instagram, Twitter, and several social art apps that you can freely message me on (links and usernames will be given later below).

I just want you all to know how much I appreciate all of your support and kindness and I consider you all a family.

I'm editing and typing this on my iPad, so this probably doesn't look to well, but it'll have to do! 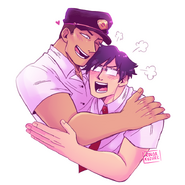 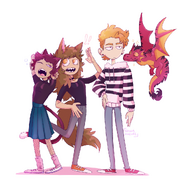 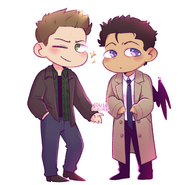 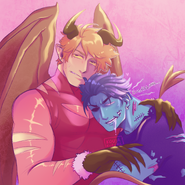 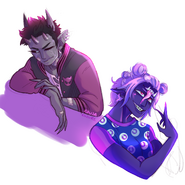 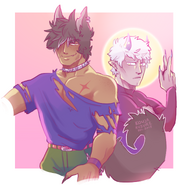